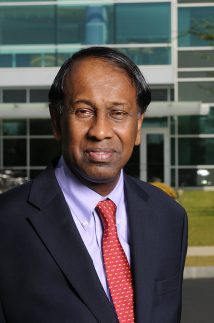 Dr. Ajit P. Yoganathan is a Principal Consultant at CardioMed Device Consultants. He is also an Emeritus Regents’ Professor and the Wallace H. Coulter Distinguished Faculty Chair in the Wallace H. Coulter Department of Biomedical Engineering at the Georgia Institute of Technology and Emory University, and a member of the National Academy of Engineering. He received a Bachelor of Science and a Doctor of Philosophy in Chemical Engineering in 1973 from University College, University of London and in 1978 from the California Institute of Technology, respectively. He joined the faculty at Georgia Tech in 1979, and over the years has made significant professional contributions at both the national and international levels. He played a key role in the creation of the master’s and Ph.D. degrees in bioengineering and the joint Ph.D. in Biomedical Engineering with the Emory University School of Medicine, and was also the Founder and Director of the Center for Innovative Cardiovascular Technologies

Dr. Yoganathan’s 45+ year research career has been pioneering and translational in nature by applying basic engineering science to develop meaningful human health outcomes, specifically in the realm of cardiovascular engineering and biology. In his effort to take an interdisciplinary and translational approach to his research, Dr. Yoganathan has established collaborations with clinicians, scientists, and industry professionals world-wide. His work utilizes experimental and computational biomechanical techniques to study native and artificial heart valves, structure function of the left and right sides of the heart, congenital heart diseases, and to develop minimally invasive cardiovascular interventions. He also uses non-invansive techniques such as laser Doppler velocimetry, digital particle image velocimetry, and Doppler ultrasound and magnetic resonance imaging to study and quantify blood flow physiology in the cardiovascular system, both on the bench and in vivo. His research success has led to more than 450 peer reviewed journal articles in leading biomedical journals and more than 40 book chapters. He has also been an invited speaker to over 300 conferences/lectures around the world and has mentored more than 50 doctoral students, 35 masters’ students, and 30 post-doctoral trainees.

Dr. Yoganathan’s career has been distinguished by a number of high honors. In 1985, Dr. Yoganathan was awarded an Alexander von Humboldt Fellowship from West Germany to spend 9 months at the Helmholtz Institute for Biomedical Engineering, Technical University of Aachen. He received the Edwin Walker Prize from the Institute of Mechanical Engineers, UK in 1988. In 1992, he was elected a founding fellow of the American Institute of Medical and Biological Engineering. The same year, he also spent six months at the University of Aarhus, Denmark as a Visiting Professor of the Danish Research Academy. He received the H.R. Lissner Award, for his contributions to the field of bioengineering in 1997 from the American Society of Mechanical Engineers. In 2005, he was awarded the Theo Pilkington Award, for his contributions to Biomedical Engineering education by the American Society of Engineering Education. That same year he was also appointed Chair of the Cardiovascular Sub-Committee (SC2), International Standards Organization Technical Committee (TC 150) on Implants for Surgery. In 2010 he was appointed the Founding Editor in Chief of Cardiovascular Engineering and Technology – the newest journal of the Biomedical Engineering Society. (CVET was accepted to PubMed in 2015, and in 2016 it was selected for coverage in Thomson Reuter’s citation indexing services and received an Impact Factor of 1.451 in 2018.) In 2012, the Biomedical Engineering Society bestowed Dr. Yoganathan the Pritzker Lecturer Award, one of the highest honors given to a BMES Member. In 2012, the Children’s Hospital of Philadelphia (CHOP) conferred him the Ann Newman Lecturer Award, the only engineer to have been awarded this honor. In 2015, in recognition of his significant contributions to the field of engineering, he was elected to the prestigious National Academy of Engineering in Washington, D.C. For his leadership and work on International and U.S. standards on cardiovascular medical devices, he was presented with the 2015 Standards Developer Award from the Association for the Advancement of Medical Instrumentation. In February of 2017, Tamils’ Information awarded him their Lifetime Achievement Award, presented to him by the mayor of Toronto at City Hall in Toronto, Canada. In 2020, he received the Professional Impact Award for Education from the American Institute for Medical and Biological Engineering (AIMBE), and was also inducted as the Inaugural Honorary Fellow of the American Association of Thoracic Surgery (AATS).

Additionally, Dr. Yoganathan has been active in inventing and developing a variety of medical devices and currently has 19 issued U.S. patents, with another 7 patent applications under review. In October 2009 he licensed one of his patents on heart valve repair, of which he is co-inventor, to a major cardiovascular medical device company (Edwards Lifesciences). The device is currently in animal studies. In November of 2009 he co-founded APICA Cardiovascular using other co-invented intellectual property. APICA is located in Galway, Ireland, with an engineering research office in Atlanta, GA. The company raised USD $5.5 million in venture capital funds. The company’s first product, a “bloodless” ventricular access and closure device, received CE mark approval in Fall 2013. APICA was acquired in July 2014 by Thoratec (the largest left ventricular assist device manufacturer) for USD $75 million. Another one of his inventions, a children’s continuous renal replacement therapy device, is currently under further development and initial animal studies, funded by a NIH challenge grant and a FDA pediatric device center grant have started.

The impact of his contributions to clinicians is profound, especially in the area of congenital heart diseases. The surgical planning tool he envisioned together with Prof. Jarek Rossignac, called SURGEM, is one such practical application of fluid mechanics in treating kids born with half a heart (single ventricle). This anomaly occurs in 2 in 1000 of every child born in the USA and 4 in 1000 in China. As part of this pioneering and translational work, he – together with Dr. Kanter, Chief of Pediatric Cardiac Surgery at Emory and The Children’s Hospital of Atlanta (CHOA) – developed the Y-graft surgical operation in 2011, based on his Optiflo patent. The Y-graft operation was listed as one of the top innovations in 2013 by CHOA and has since been used in about 50 plus children in Atlanta, the Children’s Hospital of Philadelphia and Stanford University Children’s Hospital.

Dr. Yoganathan also regularly works with medical device regulatory organizations. Since 1979, he has worked with the FDA and in 2004 he was appointed Chair of the International Standards Organization committee for implantable cardiovascular devices. This later appointment was a major achievement/honor, which recognizes research contributions and leadership in the field of cardiovascular medical devices at an international level. This leadership appointment has major implications with respect to international standards work as well as the US national standards and further interactions with the Food and Drug Administration (FDA) and the European Union (EU) community. During decades of research on heart valves, he has also worked with every manufacturer that has a replacement valve on the American market, including St. Jude Medical, Edwards Lifesciences, Medtronic, Carbomedics, Sorin Biomedical, and Boston Scientific, as well as with a number of smaller (including start-up) biomedical companies. Additionally, he consults with the major CV imaging companies, such as Philips, GE and Siemens.
Since 1975, all prosthetic heart valves implanted in the U.S. – more than two dozen valve designs – have been studied and evaluated in Dr. Yoganathan’s lab.